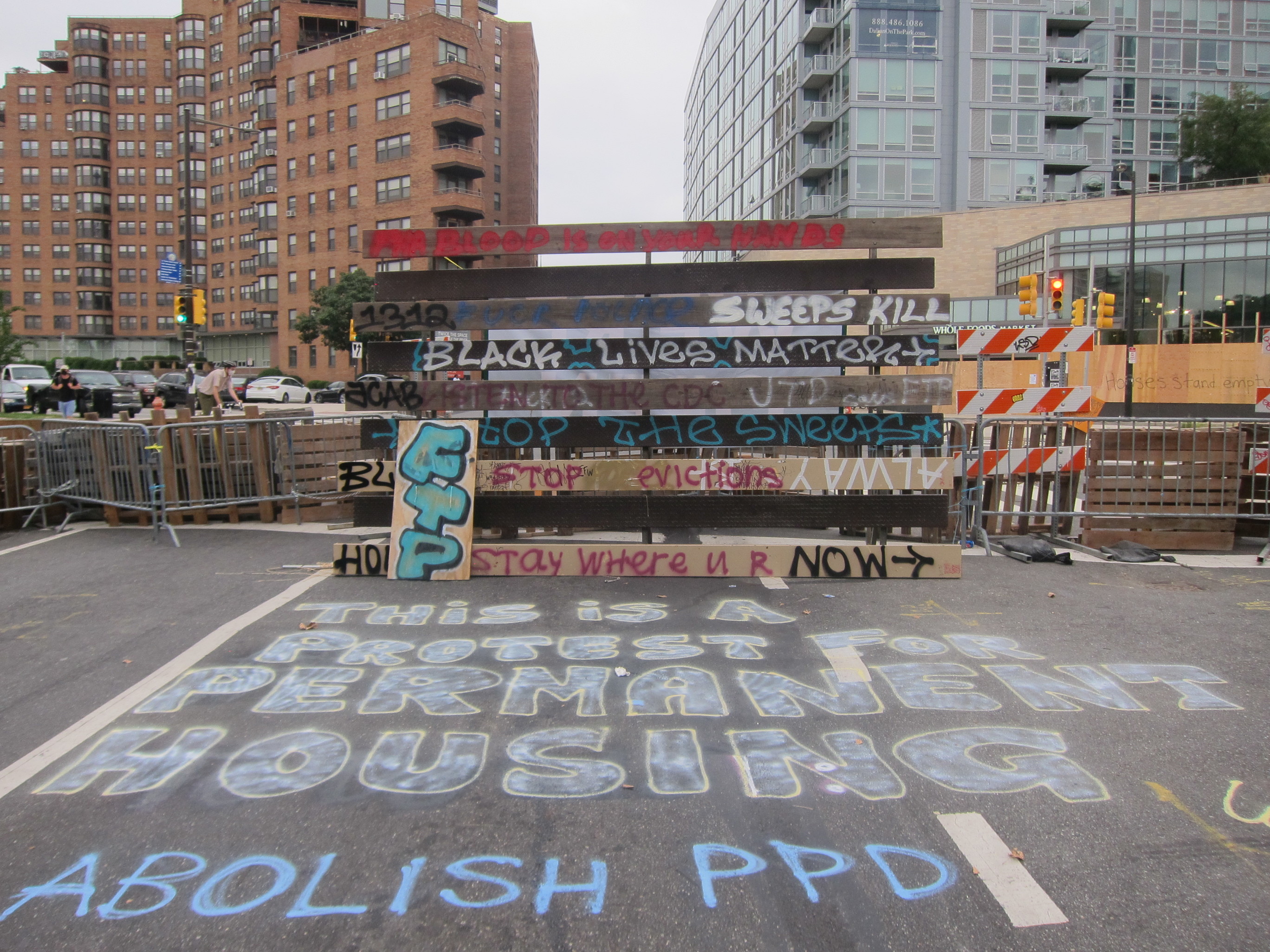 Cops were lurking at the barricades, so we started blasting house music. It was a sweltering hot afternoon in early September and everyone was exhausted from staying up all night. Nobody knew when the cops would violently eject us from Camp JTD, the autonomous zone and homeless encampment in Philadelphia that’s been running since June. The city had released a notice saying they would evict residents by 9am, but it was already past noon, and the police cars were just parked at the entrance, lights flashing, waiting for some invisible command. So we waited. Someone trotted out a DJ controller and Green Velvet’s 90s rave classic, “Percolator” came on as two Black elders began waltzing. To pass the time in this strange stalemate, we danced like the world was ending.